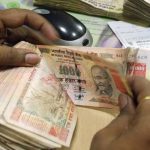 The Andhra Pradesh government has assessed a total loss of Rs.4055 crores if the Goods and Services Tax (GST) rate is fixed at 18 percent. The calculations are made just before the state legislature prepares to hold a special session regarding the GST. The meeting which is scheduled to be held in early next month will decide if Andhra Pradesh will ratify the GST or not.

The total loss due to the implementation of the unified GST is assumed to be around Rs.6780 crores. This is the combined amount calculated by taking into account the loss due to SGST (State GST) which is expected to be Rs.2946 crores.

The other state taxes included into the calculations are the entertainment tax, rural development cess, entry tax, luxury tax and HRBT (Horse Race and Betting Tax). The following amount turns out to be about Rs.525 crores. The remaining sum of money which is presumed to be lost would have come from the goods revenue.

Andhra Pradesh has worked out that the additional tax they may gain from various services will be somewhat near Rs.2725 crores. After deducting this from the total loss, they have finalized the total loss amount at Rs.4055 crores.

The Central Government has planned to reimburse every state for the revenue they will be losing due to the GST. This compensation will be done on a yearly basis for the period of five years from the starting date of the new tax bill.

Till now, a total of nine Legislative Assemblies has ratified that GST Bill. This is about half the number the Union Government needs to enforce the Bill throughout the country. According to the Constitution of India, GST needs the acceptance of at least half of State Legislatures in the country to be implemented.

The states which have given a nod for a unified GST are Assam, Jharkhand, Chhattisgarh, Madhya Pradesh, Nagaland, Bihar, Himachal Pradesh, Gujrat and Delhi. Currently, there are 31 legislative assemblies in India, out of which at least 16 needs to voice their acceptance after which the GST Bill can be legally implemented.