“Our solar system has no choice left and will twist slowly out of the alignment,” said by study’s lead author Elizabeth Bailey in a statement. This is happening because of the ninth planet which astronomers can’t see, but somehow it makes it presence known. This planet is huge and has 10 times mass than that of Earth and can be seen at the edge of solar system. This planet takes 15,000 years to orbit the sun.

Predictors of planet nine, Konstantin Batygin and Mike Brown of Caltech along with the graduate Bailey proves the existence of this giant planet. According to them, this is adding a wobble to the solar system which makes it tilting it in relation to the sun.

Before making any other assumptions there is a warning about planet nine: all the information is theoretical based. The existence of this planet is based on some unusual shifts in the solar system by Brown and Batygin, which can’t be explained (this is the same way predictions have been made for Neptune). Wobble of Mercury occurs. This was predicted by a guy who correctly predicted the existence of Neptune. Astronomy world wasted their years founding something which never existed (with the help of general activity theory, wobble in Mercury is explained).

The evidence shown by Brown and Batygin were captivating. When they announced their discovery in January, Alessandro Morbidelli a planetary scientist told Washington Post that, “there is no other explanation to their discovery. Though we will find it but when is the question.”

Bailey figured out in research, that Sun is rotating on a different axis than the orbit, which makes the sun a little, tilted. This is not going well with the astronomers and how every planet came into existence even Sun which comes from the same disk and should be spinning on the same plane, but it isn’t doing the same.

It’s a mystery, and an asymmetrical seesaw which can’t be explained said Brown and Batygin. But someone has to find it in the end. Although scientist has a sense of its orbital path but it is thousands of years long and will be a long wait. 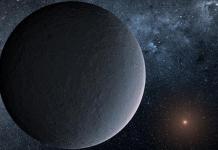 Cosmic Speck: Cassini has sent the rare image of earth through Saturn’s rings 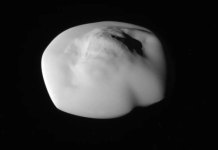 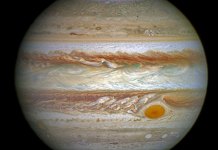 Google releases Android security patches of May 2017 for Nexus and...

Nikita Gokhale - May 2, 2017
The beginning of every new month is marked with many important changes. Search engine giant Google releases the new security patches for its Nexus...

Fitbit’s Upcoming Smartwatch Photos Leaked, Is It Going to Be Better...