Dutch fishermen in the North Sea have found the unusual two-headed harbor porpoise. This was a very rare creature that shared a single body. This two-headed porpoise was a set of conjoined newborn twins. Unfortunately, the small mammal had already lost his life when the fishermen took it out from the chilly water. Fishermen feared to keep the dead porpoise, as it would be illegal. So they have decided to throw this rare creature back to sea. But before throwing it, they have taken some snaps of this odd looking two-headed creature.

These snaps have been sent to Dr. Erwin Kompanje of the Natural History Museum. Kompanje has been researching on dolphins, porpoises, and whales for more than twenty years. He has never found such odd looking creature before this.

Kompanje told the media that the two-headed creature is very rare and magical. Twins are very rare in cetaceans.

He further added that this is the rarest case ever as he never found conjoined twins. He said that there is around 700,000 harbor porpoise in the world, half of them are living in the in the North Sea. It is the first incident on record.

He told that there had been nine other conjoined twins in a cetacean species of whales and dolphins. Recently, in 2014 a two-headed conjoined set of dolphins was found in western Turkey. These dolphins were also died, just like two headed porpoise when they were taken out.

Kompanje further added that dolphins are known to swim directly after birth. However, due to their complex structure, these conjoined twins were unable to swim.

The scientists have further studied these snaps and found an umbilical opening of the two-headed porpoise. It suggests that the twins died just after the birth.

Few scientists are lamenting that this rare creature was thrown back to sea as it could have given some unique information of its anatomy.

Kompanje said that we are very curious to know about the anatomy of conjoined twins. Cetaceans have got highly developed spinal musculature since they use it for their movement. 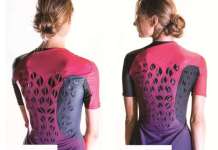 Moto G5s Plus Render Leaked, It May Sport Dual-Camera Setup

OnePlus 5 Launched in India: Power Packed with 8GB RAM and...

Yota 3 Smartphone Announced With Dual-Screen at $350