The modern era has become enormously advanced and developed. The main reason behind this growth is the launch of the internet. The Internet has solved many problems and helped individuals to perform their daily routine task easily. Now people can sit virtually anywhere and can rule the world. But there are some disadvantages as well. Hackers can destroy your operations in seconds.

What is it and how it works?

‘WannaCry’ ransomware typically get activated when you click on the unknown links. These links spread by emails attachments. Once infected, ransomware locks all your system files and asks the admin to pay to unlock the machine. These hackers demand $300 in order to unlock the infected computer. As per the reports, few payments have been made around the world.

It has taken benefit of Windows’ vulnerability. The Microsoft had released a security patch back in March to fix this bug. Users who have not updated their systems are still at risk.

As per the report, on Friday the ransomware has caused havoc in the UK, US, Russia, and similar countries. Due to this, in UK’s NHS, many operations were canceled, the phone stopped working and the data related to X-rays, test results, etc. become unavailable.

The US homeland security department has encouraged its people to update their systems with the latest patch.

Similarly, Spanish authorities have confirmed that this attack is due to EternalBlue vulnerability. Russia has reported that its 1,000 interior ministry computers were affected.

The cyber security firm Kaspersky said that this ransomware could even destroy the machine without vulnerability.

How to control it?

The UK cyber security expert, Beaumont has examined the ransomware attacks that targeted NHS. He confirmed that firms could apply for the patch which was released in March. This update will prevent your system from this attack. However, this patch will not work for already infected machines. The ransomware automatically scans the computers and infect it whenever it loads itself into the machine.  Further, it can infect the other computers connected to the same wireless network.

Matthew Hickey, the founder of Hacker House firm, said that it was not surprising. It shows that users are not updating their machines timely. 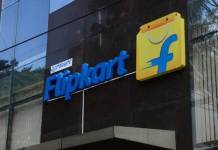 The Indian Tribune Staff - August 25, 2017
Reliance Jio and Oppo have entered into a partnership yesterday. This partnership will allow the customers’ to enjoy an extra benefit of 10GB 4G...

The Landmark Judgment of Indian Supreme Court on ‘Triple Talaq’