Vishal Dadlani who is known as one of the finest and amazing singers of our film industry is now wanted to separate from his wife Priyali. According to reports there were some conflicts occur between both husband and wife due to which they living separately from some time and finally both Vishal Dadlani and Priyali has filed a case for divorce.

During an interview, Vishal Dadlani was given a statement in which he tells that he and his wife living separately from many years and now we are officially filing a case for divorce. Vishal Dadlani also added that this is our personal matter and I don’t want to say anything more about it and I hope all of you will understand it. I and my wife Priyali is always good friends and both our families were very close to each other and it remains same after the divorce. This is our private matter, so we humbly ask for dignity and privacy in this regard.

Vishal Dadlani was given his voice in many super hits films. Recently his song “Baby-Ko Bass Pasand Hai” from Salman Khan’s “Sultan” is very much liked by the audience, also he gives his voice in a recently release film named “Kabil”. In short, he is one of the finest voices that our Bollywood industry has. Also, Vishal Dadlani has won many awards for his super hits songs. Stay tuned with us for more updates and feeds like this. 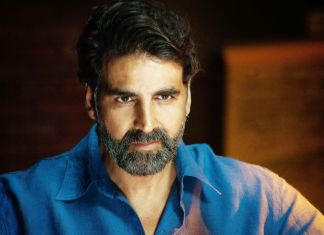